In the first of an occasional series, Modern Forms invites artists and art world figures to pick out their ideal, fantasy art collection. We asked Australian artist Jordy Kerwick to pick out any five artworks or collectable objects from the entirety of human history for his fantasy museum. Here are the works he picked out and the reasons why:

Well I’d love to have Rondinone’s Seven Magic Mountains in my back-yard! And I love Rondinone’s new series of Nuns + Monks. They’re these super, simple sculptures about three and a half-meters tall, they’re insanely good. I think Rondinone’s big sculptural and conceptual works are incredible. It’s their scale; the boldness and audacity of palette and curation, locating them in the middle of nowhere to create this profound experience. He’s a genius.

The most visceral reaction I’ve ever had to a work was from seeing The Snail. I remember thinking  ‘Fucking hell, oh my god, this is insane.’ It’s just this big collage of twelve or so cut-out bits of paper, which looks so simple, and then you go up close to it, and there’s rips and tears and marks of glue, and it’s so imperfect. And yet, the palette, the composition, the history of how and why he made the work are incredible.

The  National Gallery of Victoria in Melbourne, where I’m from, has a fine Picasso and a fine Matisse, but one of its treasures, for me, is this beautiful Helen Frankenthaler. So I’d have that. I was thinking about whether to pick a Rothko or a Frankenthaler, and I like Rothko’s work on a consistent basis more than Frankenthaler’s, but I also think that Frankenthaler, when she nailed it, actually made better works than him.

This painting has been a source of so much influence for me. It’s the drama of it, the beauty, reality of nature and feeling of hope, or lack thereof, that enables you to look at it over and over again. It’s also beautifully painted and has a perfect sense of balance.

This is a new piece I’ve only found recently. I don’t actually know a whole lot about the painting, but I was instantly captivated by its ritualistic subject matter and execution. The use of pattern and drama are very captivating. 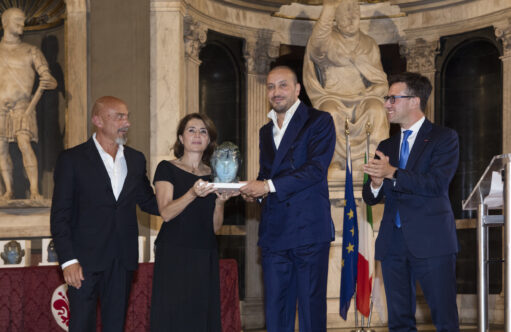