Modern Forms is pleased to have loaned Jenny Saville’s Out of One, Two (Symposium), 2016 to the Scottish National Gallery of Modern Art’s survey of Saville’s work.

Bringing together 17 works from private and public collections across the globe, the exhibition spans 26 years, from iconic early paintings such as Propped (1992) and Trace (1993-4), to recent charcoal and pastel drawings, demonstrating how Saville’s approach to depicting the human body has shifted over the course of her career. Other highlights will include a series of large-scale head paintings, such as Rosetta II (2005-6), made while the artist was based in Italy, and the premier of a major new work, Aleppo (2017-18), which is at the Scottish National Gallery alongside historic works from the collection. 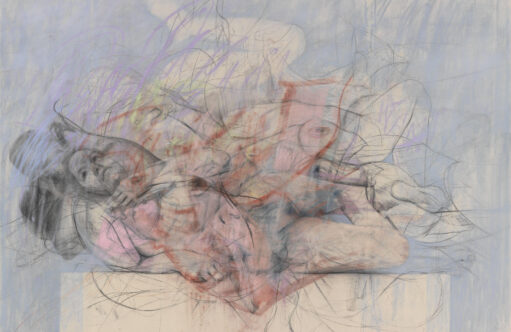