Complex Systems (2017) is a video work by Dutch artist Desiree Dolron. It is a digital animation of a starling murmuration – the extraordinary, dynamic, fluid, co-ordinated patterns sometimes formed by flocks of hundreds or thousands of starlings when they fly in particular formations.

As with most of Dolron’s projects, the final work we see here is the summation of a long process of formal experimentation and intense research into the given subject. The work’s origin lay in Dolron’s interest in the ambiguity of the murmuration as a visual metaphor for the uneasy balance between chaos and order, sanity and madness. To the untrained eye the birds’ actions in these moments is incomprehensible, mad even. Science, of course, reveals the deep order and functionality in the behaviour.

Originally Dolron experimented with filming the phenomena. Unsatisfied with the results, she moved to digital animation to manifest and evoke her creative vision. As the opening, signals, the work draws from reality but is not bound by it. In the opening frames, myriad individual forms, quickly recognisable as representations of birds, in a strange and unnatural movement, throw themselves vertically up into the sky, and fall back down before swooping and swarming together into the distinctive and captivating patterns of a murmuration.

This tension of a natural visual phenomena being pushed into the realms of the unnatural underscores the destabilised and destabilising atmosphere of the work. These digital creatures inhabit a universe that is slightly out of kilter. That sense is compounded by the insidious soundtrack created by sound designer Vincent Sinceretti. The track draws upon the etymological origin of the word murmuration in the medieval Latin word murmuratio meaning ‘murmuring’. The track combines innumerable and individually indecipherable whispers into a sound that waxes and waned in intensity in choreographed relation to the swirling movement of the digital flock. The sound is of the rustling of a million leaves, the chatter of an insect swarm or the soft, sibilant, speech of a thousand ghosts. It is inhuman and vaguely threatening.

As with Dolron’s previous film works, made in the same period, Complex Systems is a philosophical and creative engagement with physical and biological order of the world. In common with Uncertain (TX), the work focuses on non-human intelligence. As with, I Will Show you Fear in a Handful of Dust, Complex Systems, is study of the relationship between the elemental and the whole, the play between the micro and the macro.

Desiree Dolron is a Dutch artist working primarily in photography and video.

Over three decades, Dolron has created an extraordinary, powerful and eclectic body of work. She has ranged widely in the method, form and focus of her work, which is structured in series.

Formally and stylistically Dolron’s work has encompassed various modes of photographic and filmic representation; reportage, documentary, travel, staged, conceptual and more. It has drawn on and evolved aesthetics and techniques from photography, painting and film. For long periods Dolron has worked on the road, travelling relentlessly. At other times her practice has kept her in the studio, spending years on a single series, perfecting its creation and its constituent analogue, digital and printing processes.

This formal fluidity is atypical in an age shaped by market demands for standardisation and predictability. This fluidity flows from Dolron’s absolute commitment to her subject at any given time. She is, perhaps, the artist equivalent of a method actor, fully immersed in the material of her creative engagements. To repurpose that old Modernist principle; in Dolron’s work, form follows narrative.

Her work has variously engaged with; identity as it manifests in and across cultures, otherness, belief, religious ecstasy, the quotidian altered states of madness, depression and alienation, ideology and its impositions on everyday life, dreamworlds, mortality, migration and ecological decline.

As with many artists, or simply, humans, Dolron’s work is fuelled by a strange admixture of understanding, contradiction and mystery. A self-identified atheist, she has travelled the world to find the extremities of religious belief. By nature, an adventurer, Dolron has subjected herself to extended stasis, in order to discover different forms and pockets of value and meaning, both near at hand and in the processes of making. Her work is informed by both a deep empathy with, and a clear-eyed understanding of, the limitations of the human.

Dolron is an artist of intensity.

Her artistic career is a tale told by a search for compelling intensities in the world. Though the alchemical process of creative work, Dolron transmutes those intensities into artworks that can be shared, appreciated and owned by others. 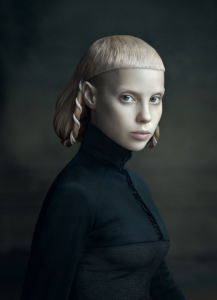 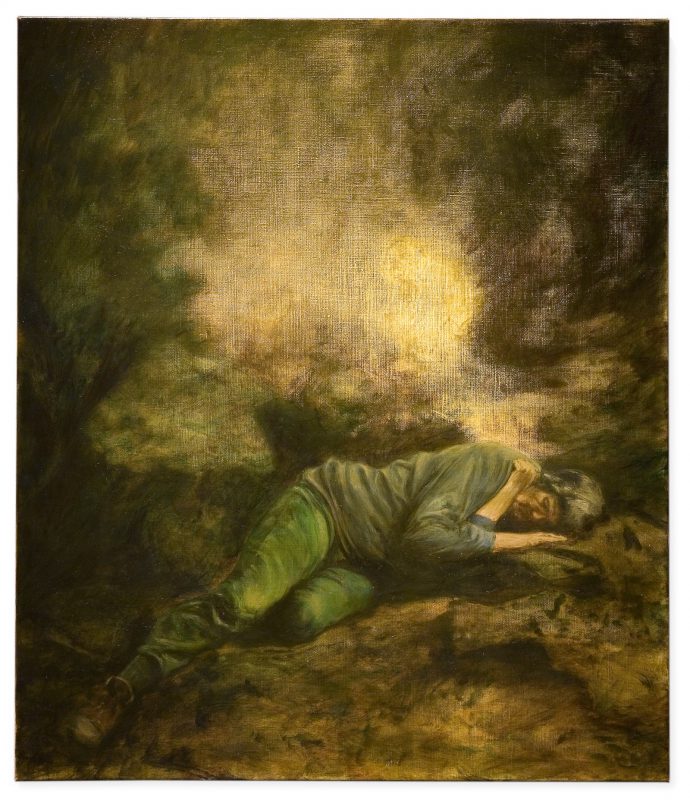