Ben Jonson & The Masque of Blackness

Benjamin “Ben” Jonson (1572 – 1637) was an English playwright, poet, actor, and literary critic of the 17th century, who had a lasting impact upon English poetry and stage comedy. He popularised the comedy of humours. He is best known for the satirical plays Every Man in His Humour (1598), Volpone, or The Fox (c. 1606), The Alchemist (1610) and Bartholomew Fair (1614) and for his lyric poetry; he is generally regarded as the second most important English playwright during the reign of James I after William Shakespeare.

The Masque of Blackness was an early Jacobean era masque, first performed for the Stuart Court on Twelfth Night, 6 January 1605. Written by Jonson at the request of Anne of Denmark, the Queen consort of King James I, who wished herself and her court ladies, who were the main actors in the masque, to be disguised as Africans. Accordingly Anne and her court ladies performed in blackface makeup.

The Masque of Blackness was first performed in 1605 at the banquet hall of Whitehall Palace in London. Music begins, opening the stage to the water nymphs (or masquers), who were being played by Queen Anne and her ladies in waiting. They were dressed in blackface and costumes of blue, silver, and pearl to contrast with the ‘blackness’ of their skin.

His daughters, he explains, have recently been informed by the poets of the North that they are not as beautiful as they once thought they were. Despite being the first goddesses ever created, their blackness the epitome of African beauty created in the sun drenched deserts of Ethiopia, they now curse the sun that gave them life for making them too dark. He goes on to explain that the moon goddess, Aethipoia, appeared to the daughters to help them solve their dilemma, by informing them they needed to find a land which ended in -tania and there they would find their answer.

After traveling to all of the -tanias they knew of to no avail, Niger appeals to Aethiopia himself, asking her to explain what she means. The moon goddess appears on stage and tells Niger that the land his daughters seek is called Britannia, a land ruled by a sun-like king named James. If the daughters appear before him and his potent light of reason, the power of it will bleach away their blackness. 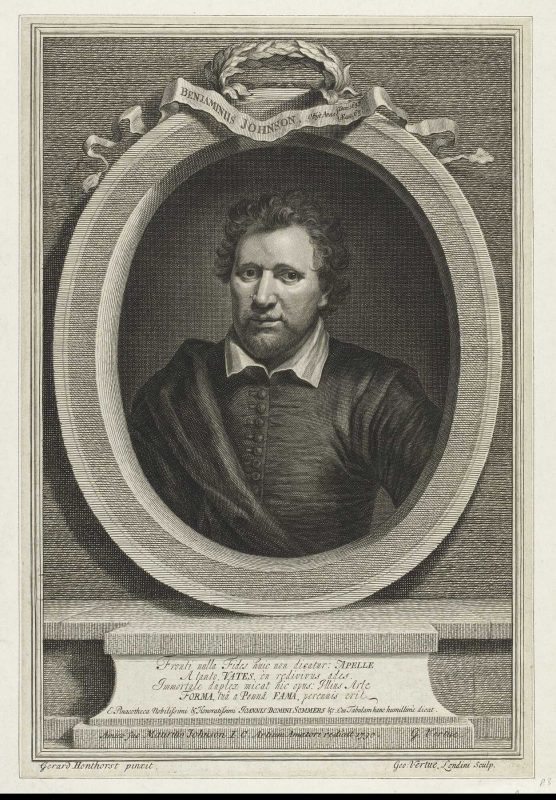 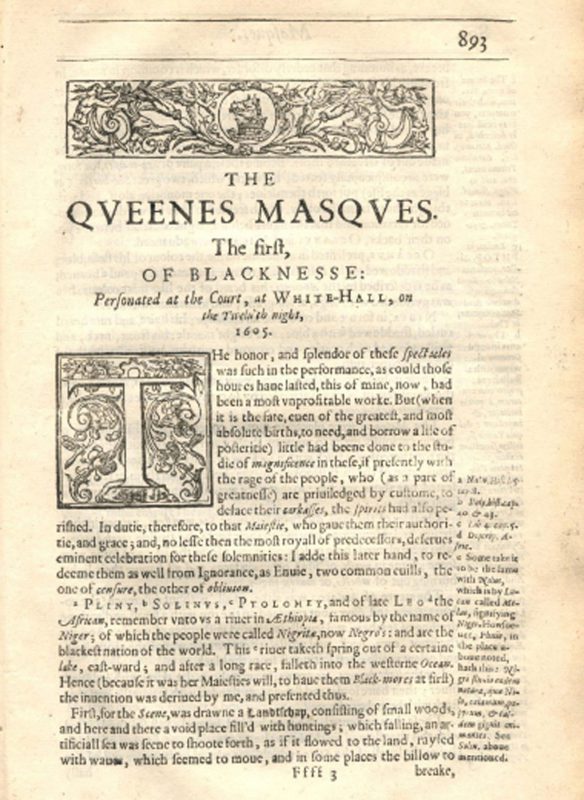 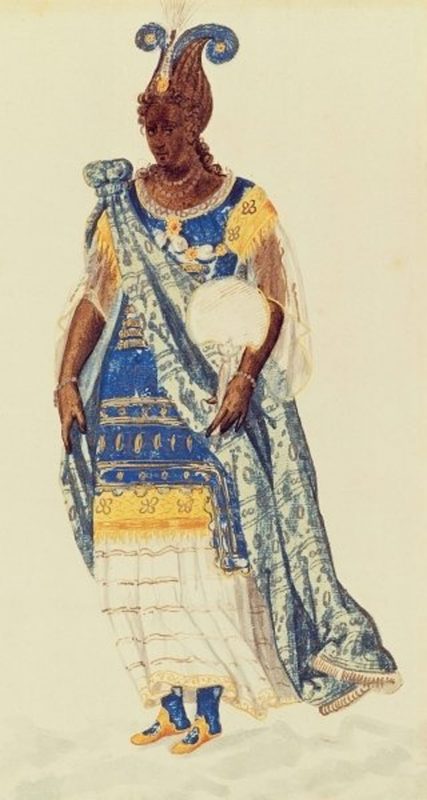 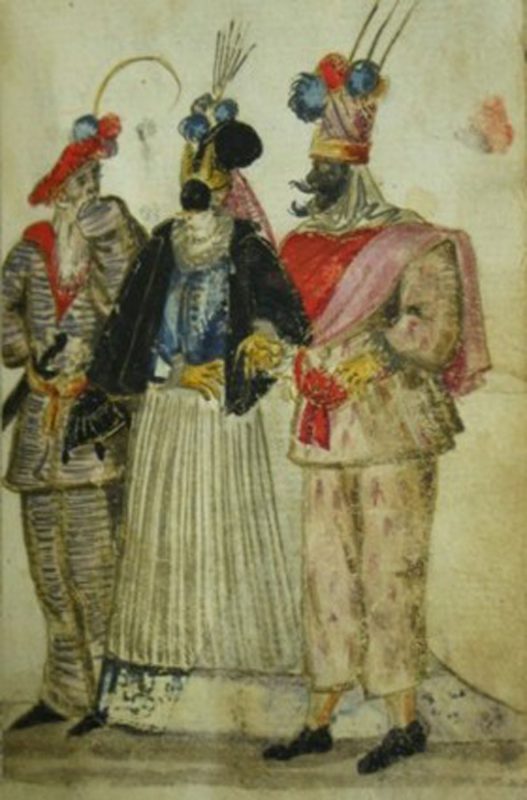 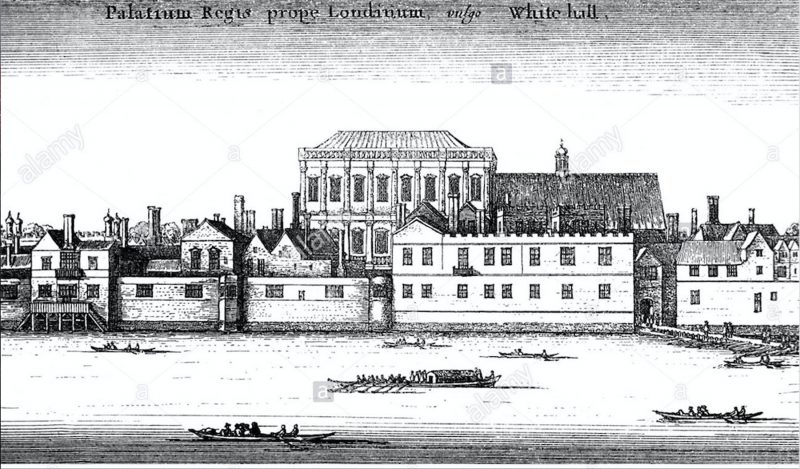