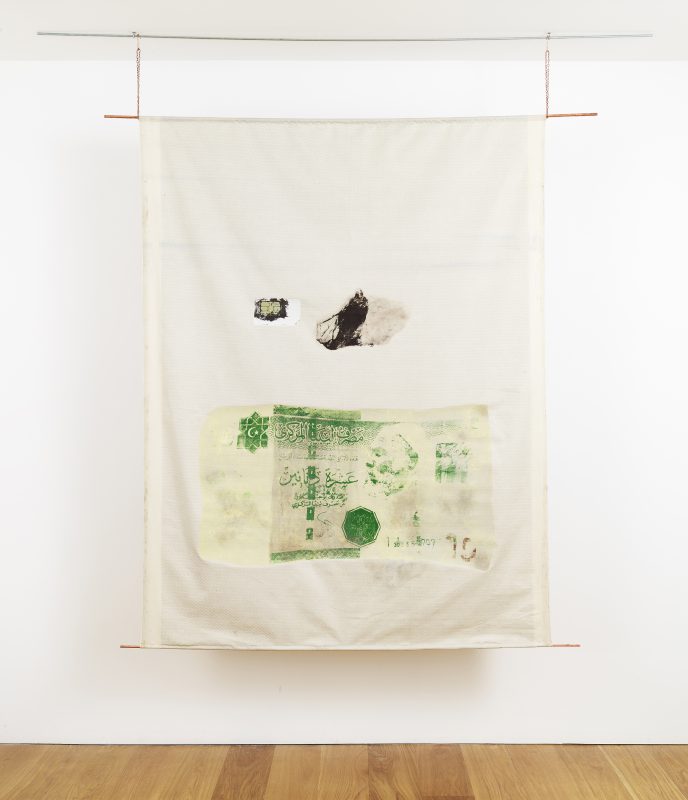 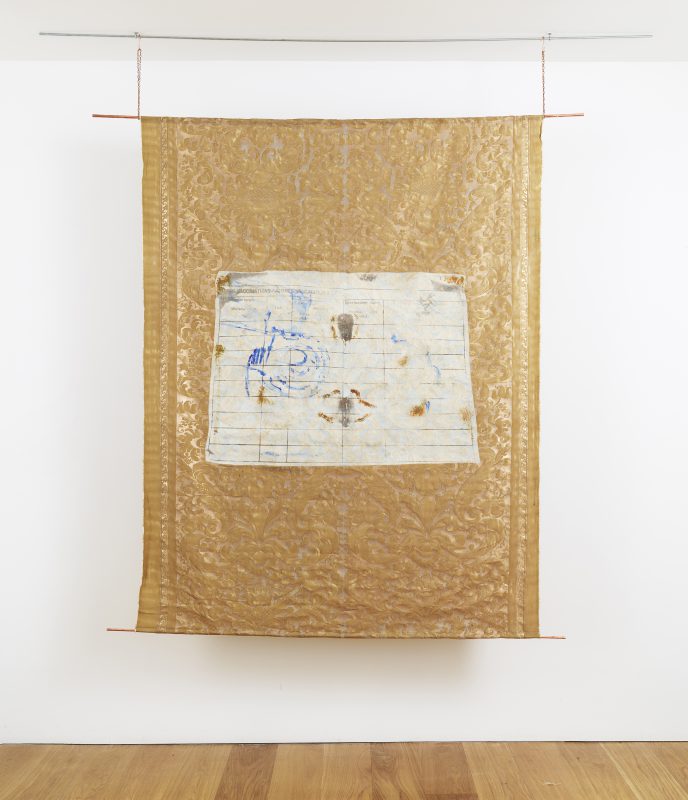 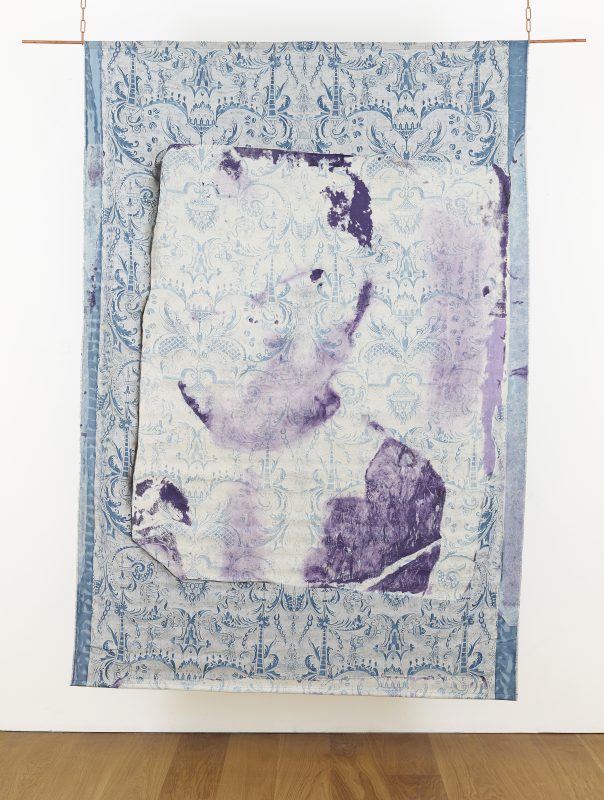 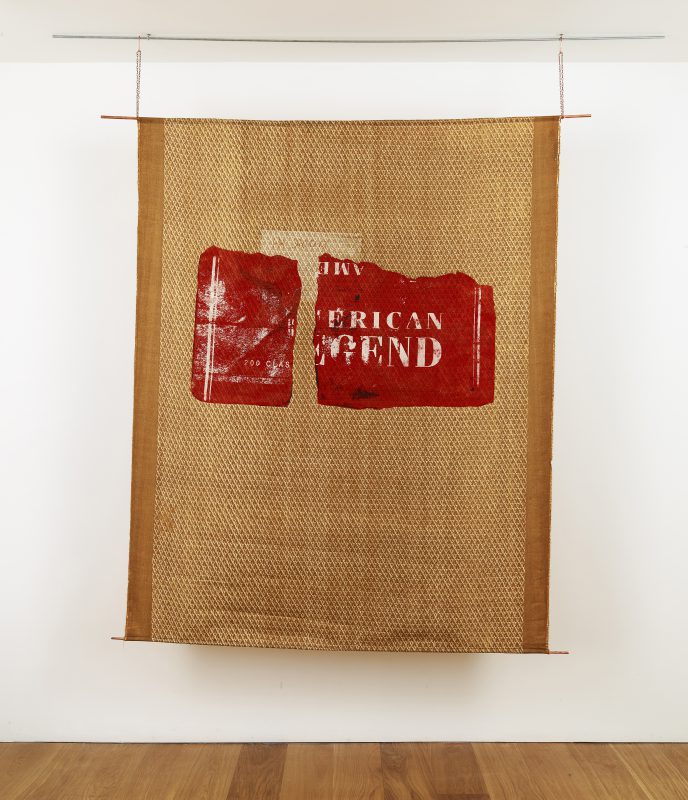 Leviathan expands beyond film to encompass sculptural, painting and textile works. This suite of paintings is based on Dawood’s work with the Laboratory of Anthropological Forensics (LABANOF) at the University of Milan. Led by Cristina Cattaneo, a team of forensic anthropologists go out with UN rescue teams and catalogue personal possessions recovered from the seabed, when a refugee ship sinks attempting the Lampedusa crossing from North Africa to Sicily.

This archive is then used to help provide closure to family members of the missing, as well as lobby national governments and the European Parliament when they fail to meet their obligations to refugees under international law.

Dawood worked with Cristina from LABANOF to identify a certain number of ‘representative’ objects from the much larger archive, as a way to try and replicate the forensic process, as well as to find a system with which to treat such sensitive material. Each object or series of objects is painted and screen-printed onto a Fortuny textile, to highlight the essential contradiction between what is considered precious.

These works were originally presented in Venice as part of a collaboration with Fortuny Venezia, where the artist and the chief designer at Fortuny discussed Mariano Fortuny’s own migrant position in Venice, and his use of a syncretic language combining patterns from Europe, North Africa and the Middle East – this has been one of the reasons for the success of his designs.