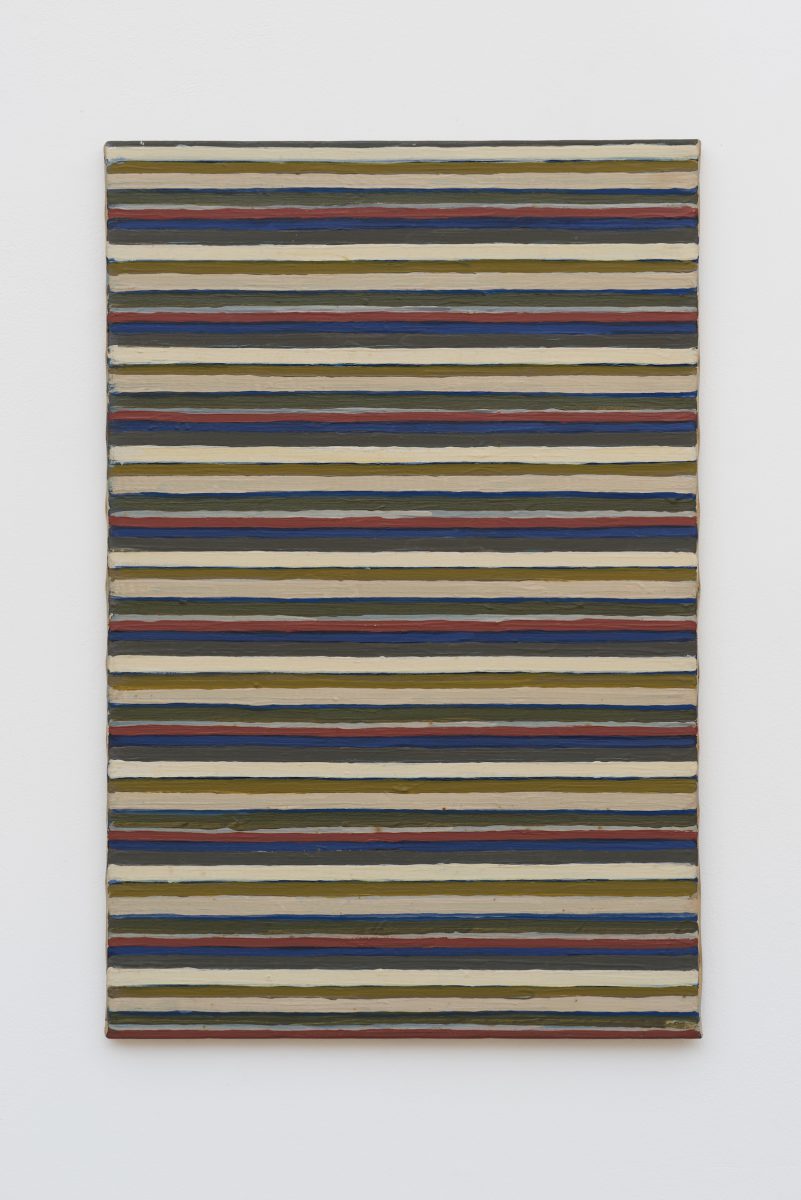 In his Work series, Yamada was determined to produce paintings on a continuum, the whole being a work in progress where one painting followed another, repetitive, ritualistic and meditative. This practice resulted in an accumulation of works which give the unique impression of having occurred simultaneously.

The process is akin to that of the British craft potter in terms of a ritualistic daily practice where balance, modesty and a feeling of rightness prevails. This sustained, introverted approach within a closed world occupied only by the artist and his paintings, was not reflective of the changes going on socially and politically around him, and resulted in works produced solely in terms of their own internal logic.

The stripes in the paintings can be understood as metaphors for space. Kunio Motoe suggested we look at the stripe paintings as akin to the still lives of Morandi and consider them in terms of meditations on existence in order to understand them more clearly. Like Morandi’s paintings the same thing manifests itself, just in various forms and colour relationships.