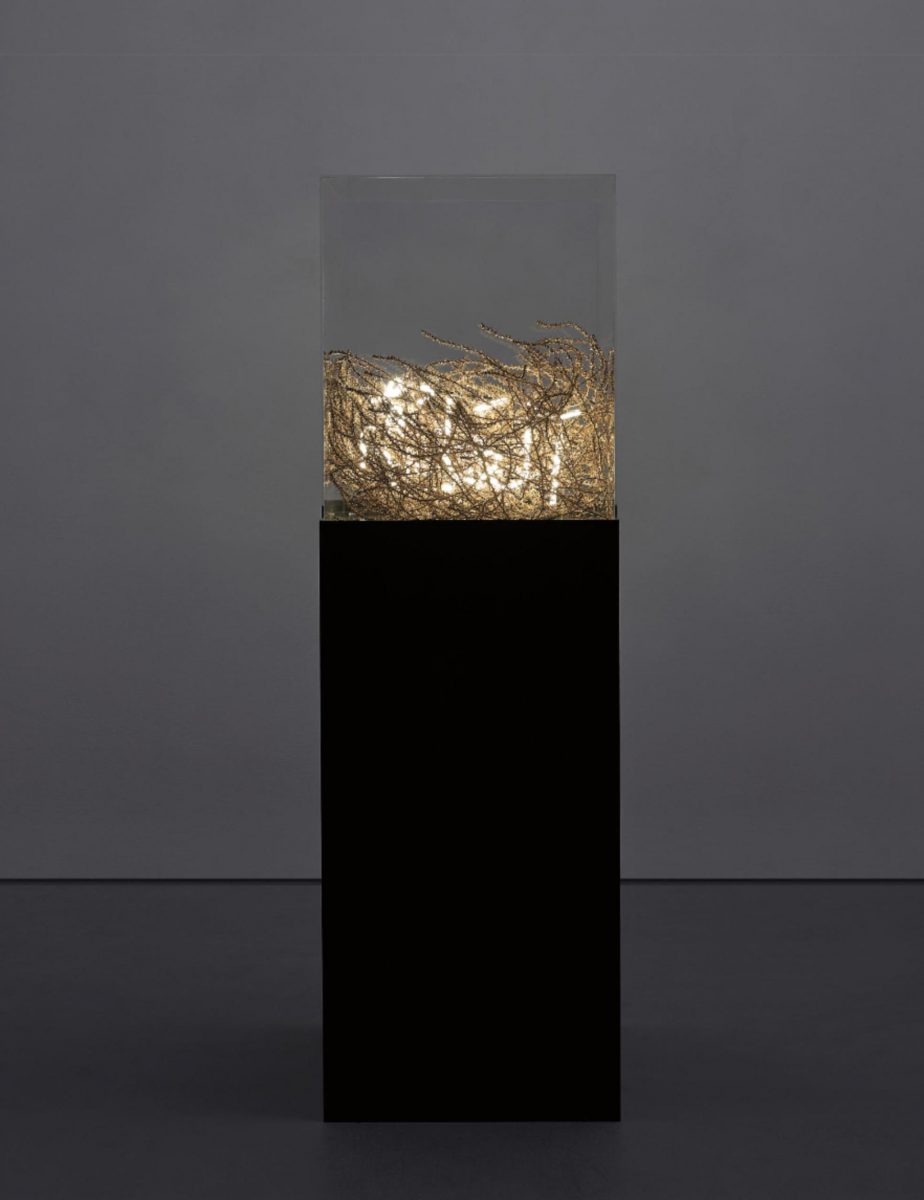 Shezad Dawood works across film, painting and sculpture to juxtapose discrete systems of image, language, site and multiple narratives, using the editing process as a method to explore meanings and forms between film and painting. His practice often involves collaboration, working with groups and individuals across different territories to physically and conceptually map far-reaching lines of enquiry. These networks map across different geographic locations and communities and are particularly concerned with acts of translation and restaging. For example, his collaborative film project, Feature (2008), relocated the action of a traditional western to the English countryside, slipping into other sub-genres such as the zombie-flick, and Wagnerian opera (and features cameos from artists Jimmie Durham and David Medalla), as well as South Asian godflick. Another recent video work, Towards the Possible Film (2014), shot on location in Sidi Ifni, Morocco, explores anthropological concepts of indigenousness through the genre of science fiction.