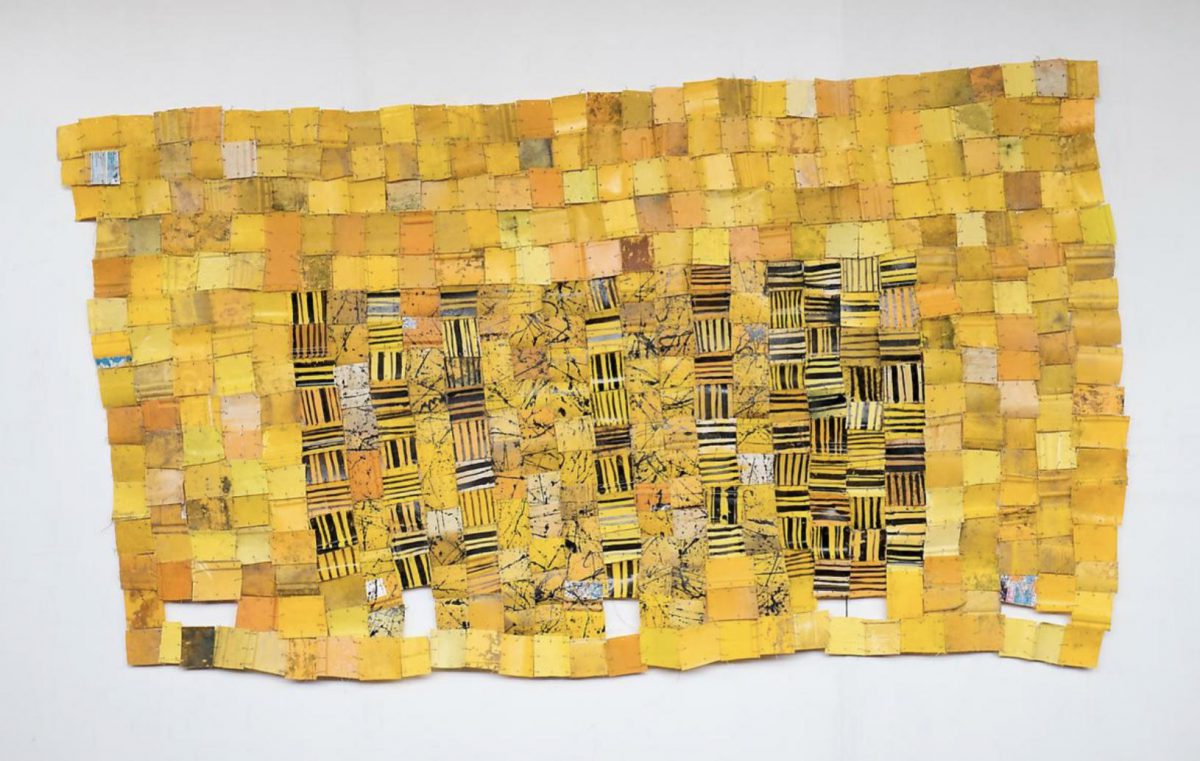 Serge Attukwei Clottey (b. 1985) is known for work that examines the powerful agency of everyday objects. Working across installation, performance, photography and sculpture, Clottey explores personal and political narratives rooted in histories of trade and migration. Based in Accra and working internationally, Clottey refers to his work as “Afrogallonism”, a concept that confronts the question of material culture through the utilisation of yellow gallon containers. Cutting, drilling, stitching and melting found materials, Clottey’s sculptural installations are bold assemblages that act as a means of inquiry into the languages of form and abstraction.

In his most recent series of wall pieces, he utilises flattened Kuffuor gallon, jute sacks, discarded car tires and wood pieces to form abstract formations onto which he inscribes patterns and text. In doing so, the artist elevates the material into a powerful symbol of Ghana’s informal economic system of trade and re-use. While some surfaces resemble local textile traditions such as ‘Kente’, a key reference in west African Modernism throughout the 20th century, others refer to barcodes and feature Chinese characters in reference to the emergence of new power structures in Ghana. In Clottey’s drawings (Sex and Politics Series, 2016 – ongoing) the artist explores a formalist approach, depicting disjointed figures and faces, not unlike the visions of nude women under Cubism, a European movement which drew heavily from traditional African tribal sculpture.

At the centre of Clottey’s engaged dialogue with Ghana’s cultural history is the notion of performance as a daily activity. . Clottey’s work sits at the intersection of making and action, drawing heavily on the artist’s immediate and ever-changing environment.