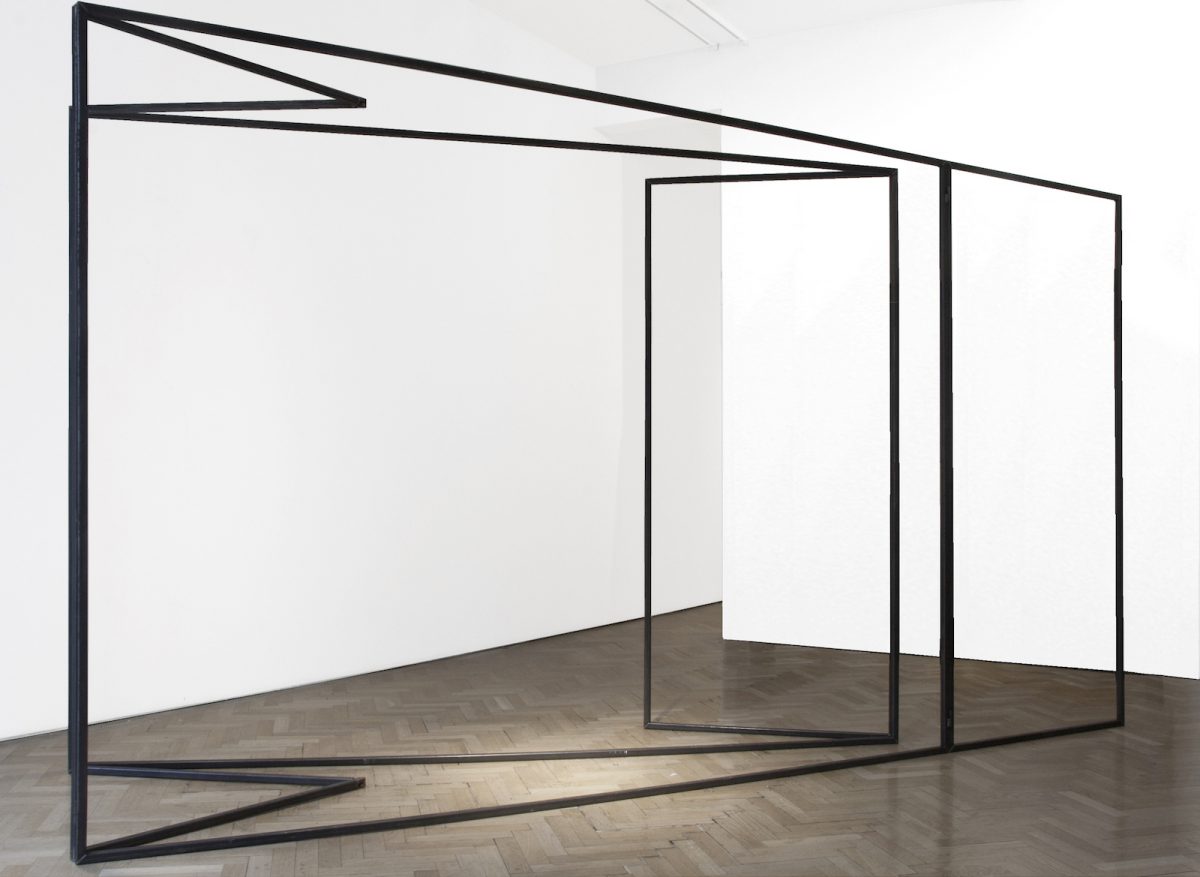 “We live in a world populated by structures – a complex mixture of geological, biological, socio and linguistic constructions that are nothing but accumulations of material shaped and hardened by history.”

The sculptures are replicas of daily objects. To replicate something that is part of your life means to translate the object into another medium, to decode it and to recode it into its new reality, to perform the process that was used to shape it in the first place, to recruit its structure and introduce it elsewhere, to alter the process and the structure eliminating purpose. The proposed objects are taking their first step towards a posthuman landscape.

To replicate – comes from the Latin to fold back. Also, adj Replicate rep?li-k?t (bot.) folded outward as in vernation, inward as in aestivation. Aestivation is a state of animal dormancy, similar to hibernation, characterised by inactivity and a lowered metabolic rate, that is enstered in response to high temperatures and arid conditions. Fossil records show that the act of aestivating may be several hundred million years old.

Stepping out of the human domain into the next post-human existence, these objects fall into a light state of dormancy, a stored, static state.

Faults/Folds/Falls… playing with the various, particularly geological definitions of these words (an extended break in a rock formation, marked by the relative displacement and discontinuity of strata on either side of a particular plane/cause (rock strata) to undergo bending or curvature/(of land) slope downwards) is an attempt to compare these geological processes with the repeated strategies involved in the constructing/deconstructing of the sculptures – folding, stacking, layering, breaking. The show aims to stage the ruined setting where some kind of gathering has taken place, involving elements indicating the presence of a large crowd. The objects involved, having outlived their purpose, become the dysfunctional approximations of the structures they were once part of. The deconstructed forms recreate a landscape in ruin – where architecture of a once occupied environment has merged with its surrounding nature dissolving the boundaries between the two.

The selected forms originated from structures designed and developed for their suitability and convenience. Having gone through lengthy evolutions, influenced by various histories, the chosen items are some of the most efficient, lightweight, transportable and affordable versions of their kind. With their purpose removed, they withdraw from the human domain in an attempt to expose their other overlooked properties.

These deconstructed objects suggest a continuous shift of form from furniture to architecture to nature to a posthuman landscape. All items of mass production have been replicated by hand, revealing the falseness of their nature and the fragility of their materials only upon close examination. They have an aspiration to look real so as to stage the same known and recognisable world, which for a moment has turned an unknown and unrecognisable side to the viewer.The stack of seats becomes a monolithic fossilised stack of jesmonite casts, heavy and fragile alluding to a distorted scaled down monument. The large semi-industrial yard cast concrete gate is replicated in cast flexible foam with street dust suspended in it. Lightweight folding plastic tables are cast in plaster and dyes and the outlines of crowd control barriers are retraced in transparent heat bent acrylic. The entire setting, evolved according to a fictional scenario and far removed from its starting point, becomes essentially empty and dysfunctional. Without its ability to serve people, it is attempting to find some kind of post-human use for objects primarily designed for human convenience and proportion.