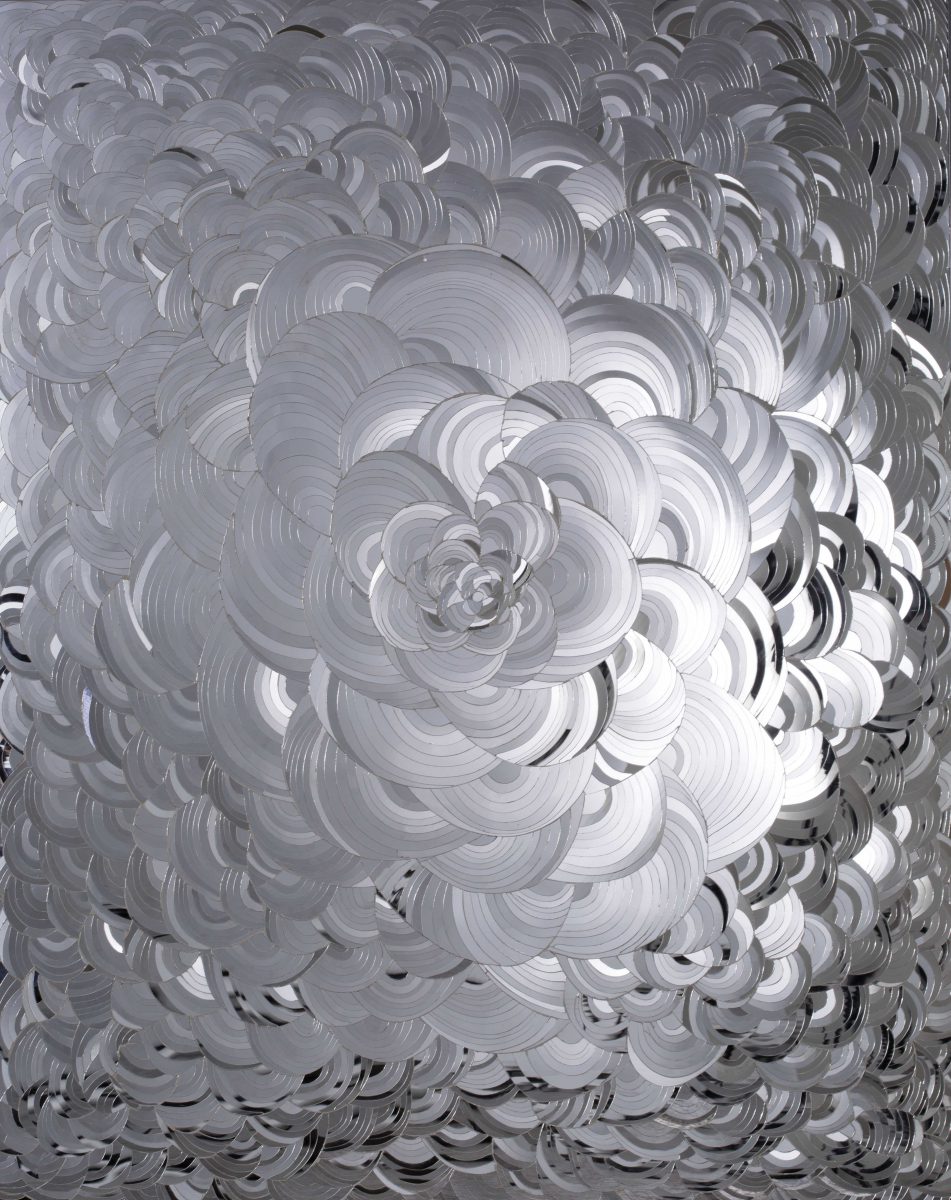 Monir Shahroudy Farmanfarmaian (Iranian, b.1924) is a Contemporary artist known for transforming Persian pictorial language into modern forms by combining traditional Iranian techniques with Western geometric abstraction. Born in Qazvin in northwestern Iran, Farmanfarmaian studied at the University of Tehran, in the Faculty of Fine Art. She then traveled to New York, where she attended Parsons The New School for Design and Cornell University, and worked as a fashion illustrator. Farmanfarmaian also became part of the avant-garde scene in New York City, collaborating with artists such as Andy Warhol on illustrations for the Bonwit Teller department store.

After moving back to Tehran, the artist began experimenting and refining her style. Influenced by the arts and crafts of her native country, Farmanfarmaian adapted traditional techniques of reverse-glass painting, mirror mosaics, inlaid carving, Islamic geometry, and architectural designs. To create her reliefs and sculptures, Farmanfarmaian commissioned craftsmen to draft her early designs, then cut mirrors to fit the required shape, which were set in geometrical patterns, and mixed with plaster to produce new compositions into which the artist incorporated colored glass. The works received international acclaim, and were exhibited in Tehran, Paris, Venice, and New York. She also traveled around Iran and built up an extensive collection of folk art, which was confiscated at the start of the Islamic Revolution in 1979. She then relocated to New York, and did not return to Tehran until the 2000s, when she reestablished her studio.

During this time, Farmanfarmaian began the process of recreating old works and seeking inspiration for new works, producing abstract and drip paintings on glass, incorporating glitter and her characteristic mirror mosaics. She has held exhibitions at venues such as The Museum of Modern Art in New York, Galerie Denise Rene in Paris, the Leighton House Museum in London, Haus der Kunst in Munich, and Ota Fine Art in Tokyo. She has also participated in the Bienal de São Paulo, the Asia Pacific Triennial of Contemporary Art, and the Venice Biennale. In 2015, a major exhibition of the artist’s works was held at the Guggenheim Museum in New York.