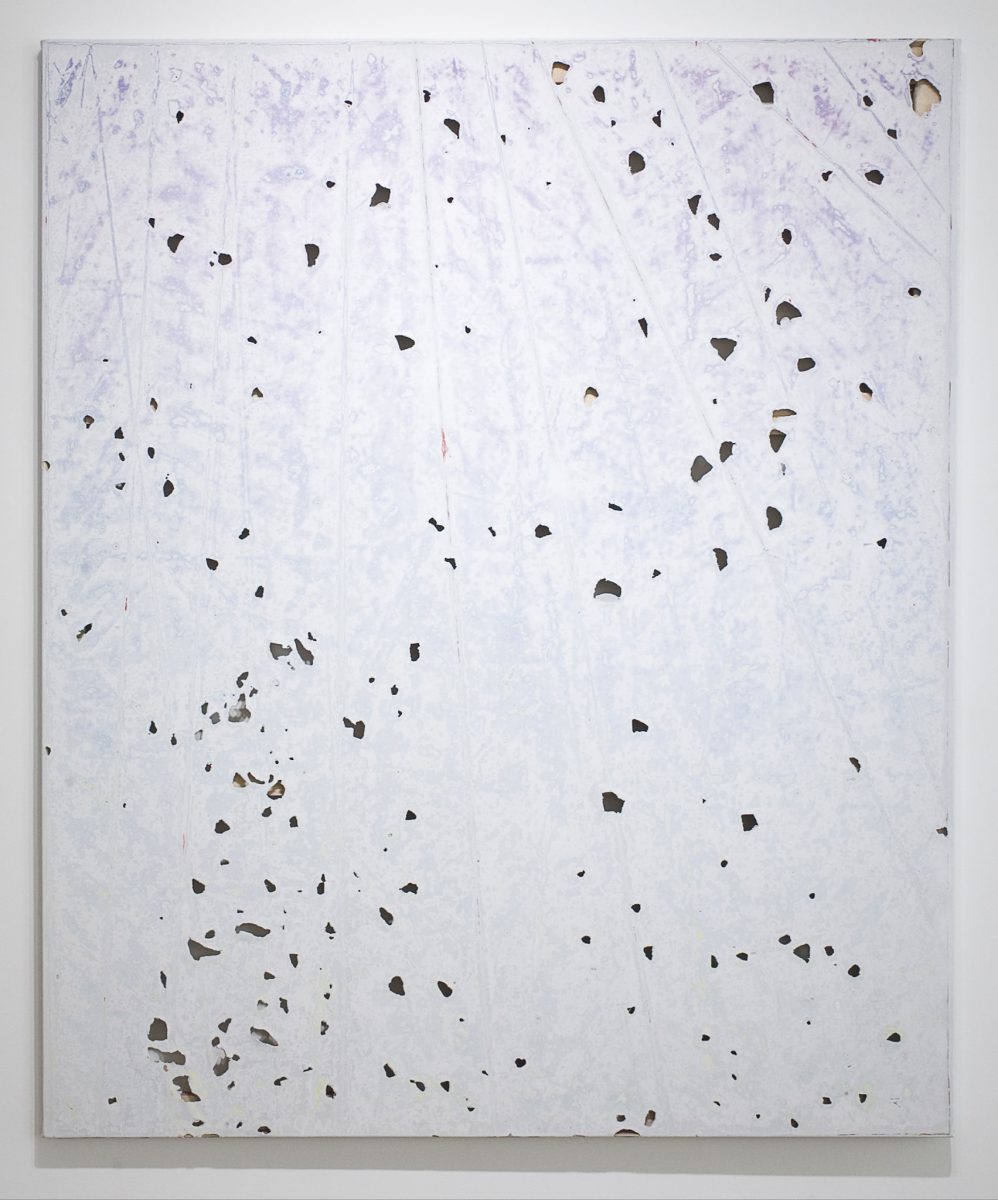 Kadar Brock’s paintings are full of holes; they are sanded and worn out.  To a point, Brock’s surfaces even seem to have been acid washed, gradually eroded or perhaps fiercely sand blasted, though simultaneously shredded as if struck by an explosion of shrapnel.  The surfaces also are incredibly smooth, as if coated with talcum powder, though I am amongst the lucky few who have touched the surfaces of Brock’s paintings.

What’s fascinating is that Brock’s works are the product of an artist who aims to demystify the gesture in painting through creating rituals that in effect eradicate the didactic artist-viewer scenario.  Brock doesn’t aim to create works that are easily read as being a by-product of an artist’s expression; Brock has created a set of rituals, a rolling of dice, where he, in effect has his actions directed for him.  This could be through the number of brush strokes to apply or the number of cuts to make, in all, his intuitive approach to painting is not present or discernible to the viewer.