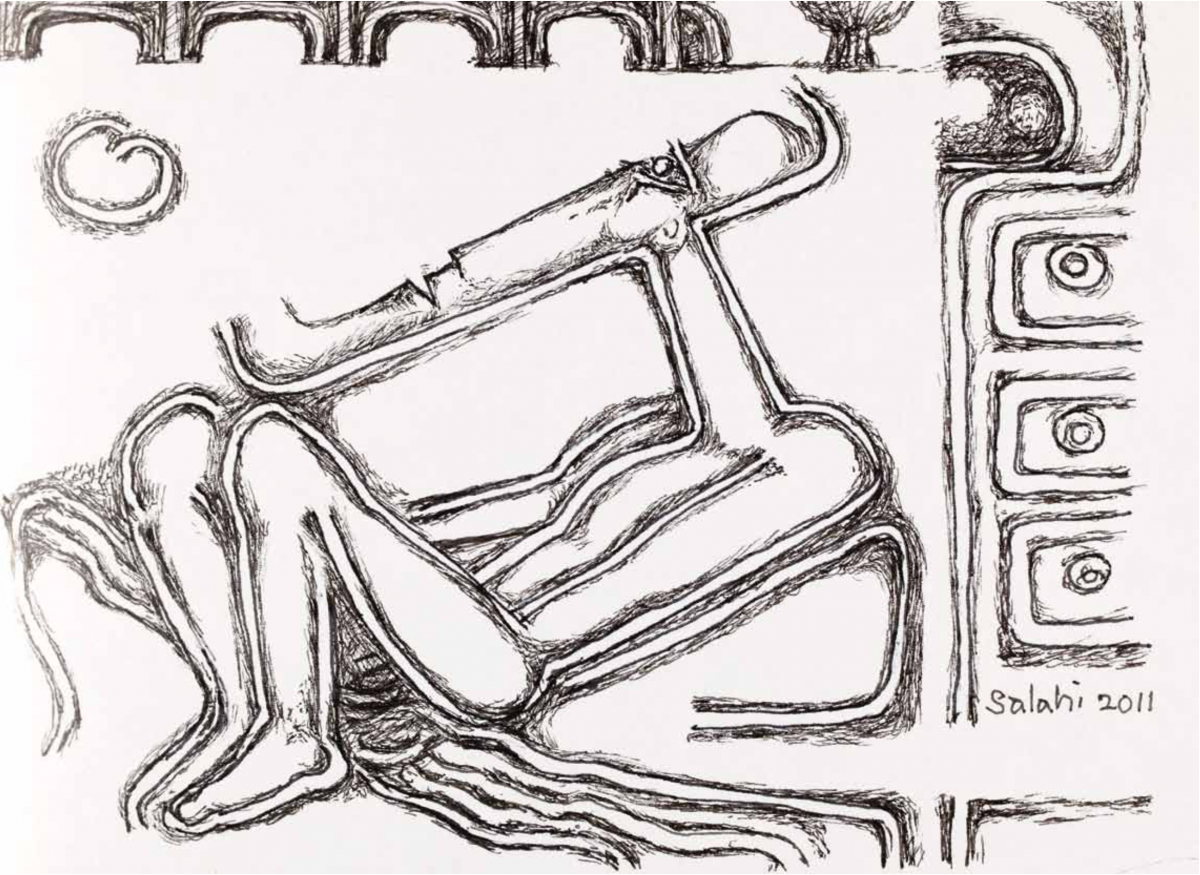 A series of 46 black, ink drawings originally forming a single sketchbook, The Arab Spring Notebook comprises one of the most significant cultural responses to The Arab Spring.

Living in England and suffering through a period of illness when the Arab Spring initially unfolded, Ibrahim El-Salahi observed the events, like most people, through the media. He sketched in response to what he saw, heard and read. As a Sudanese man, a devout Muslim and a former political prisoner, El-Salahi felt a deep and immediate, common cause with the revolutionary spirit that spread through the Arab world at that time, saying, “…when [The Arab Spring] happened I rejoiced… because it brought down a huge mountain of injustice… [and a] pyramid of authority… Power, as we all know, breeds greed and greed breeds corruption, injustice and prejudice and inequality.” 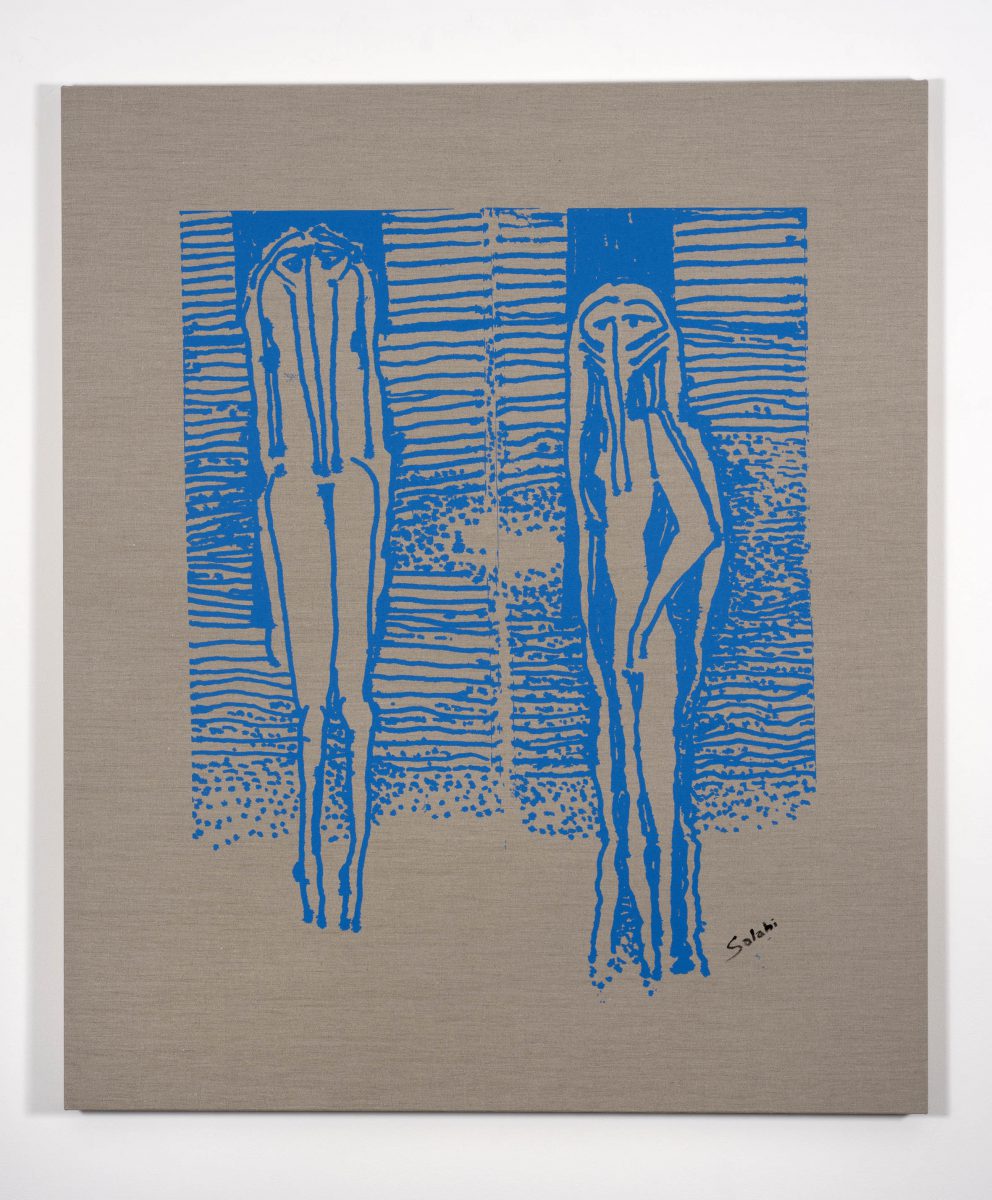 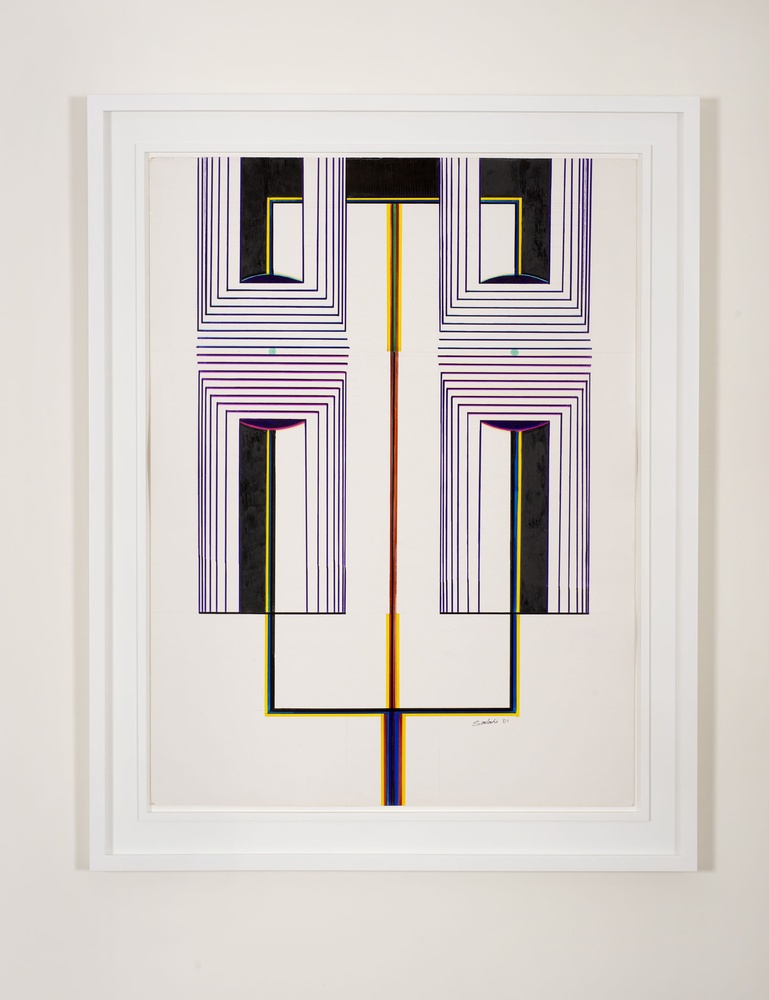 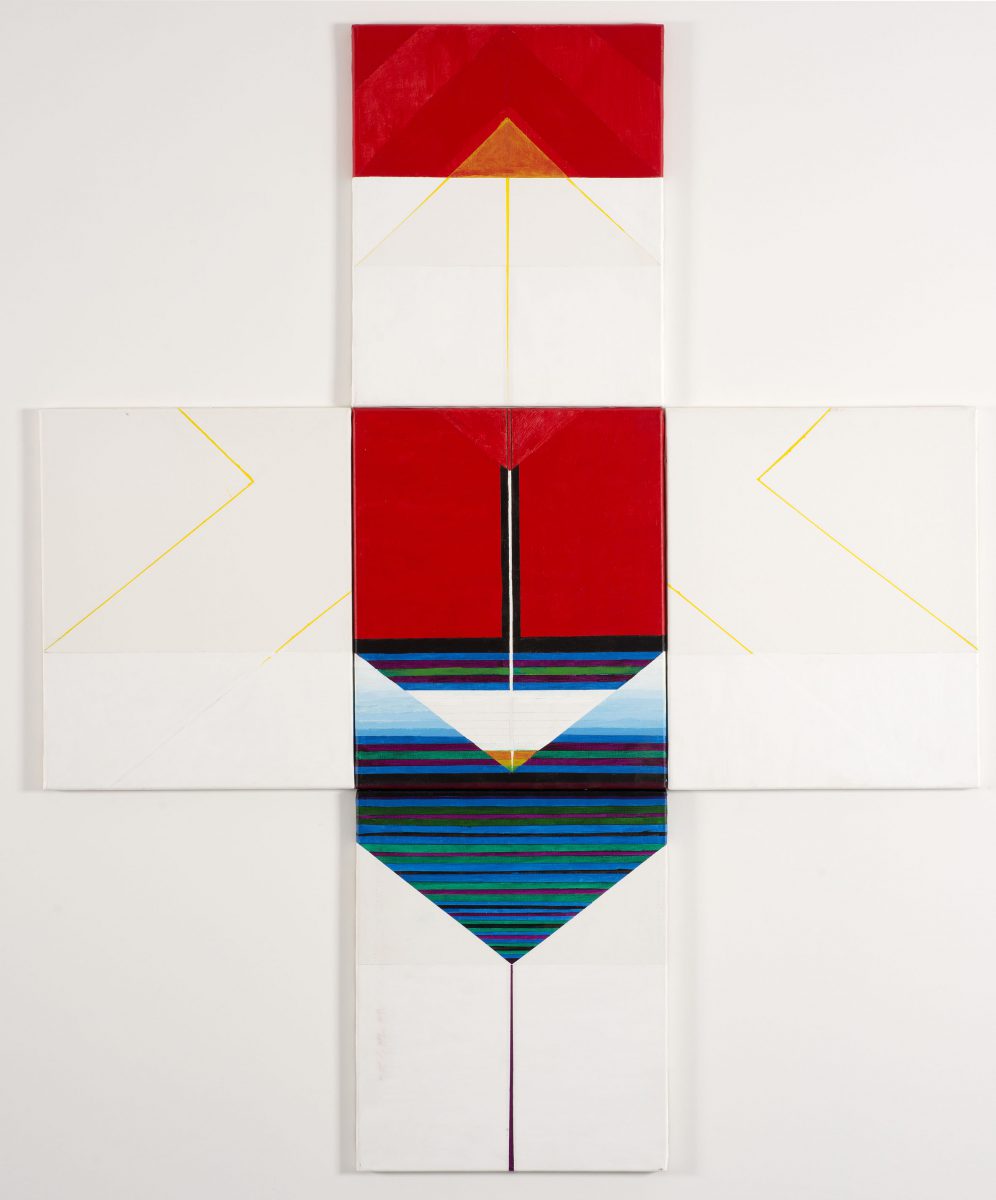