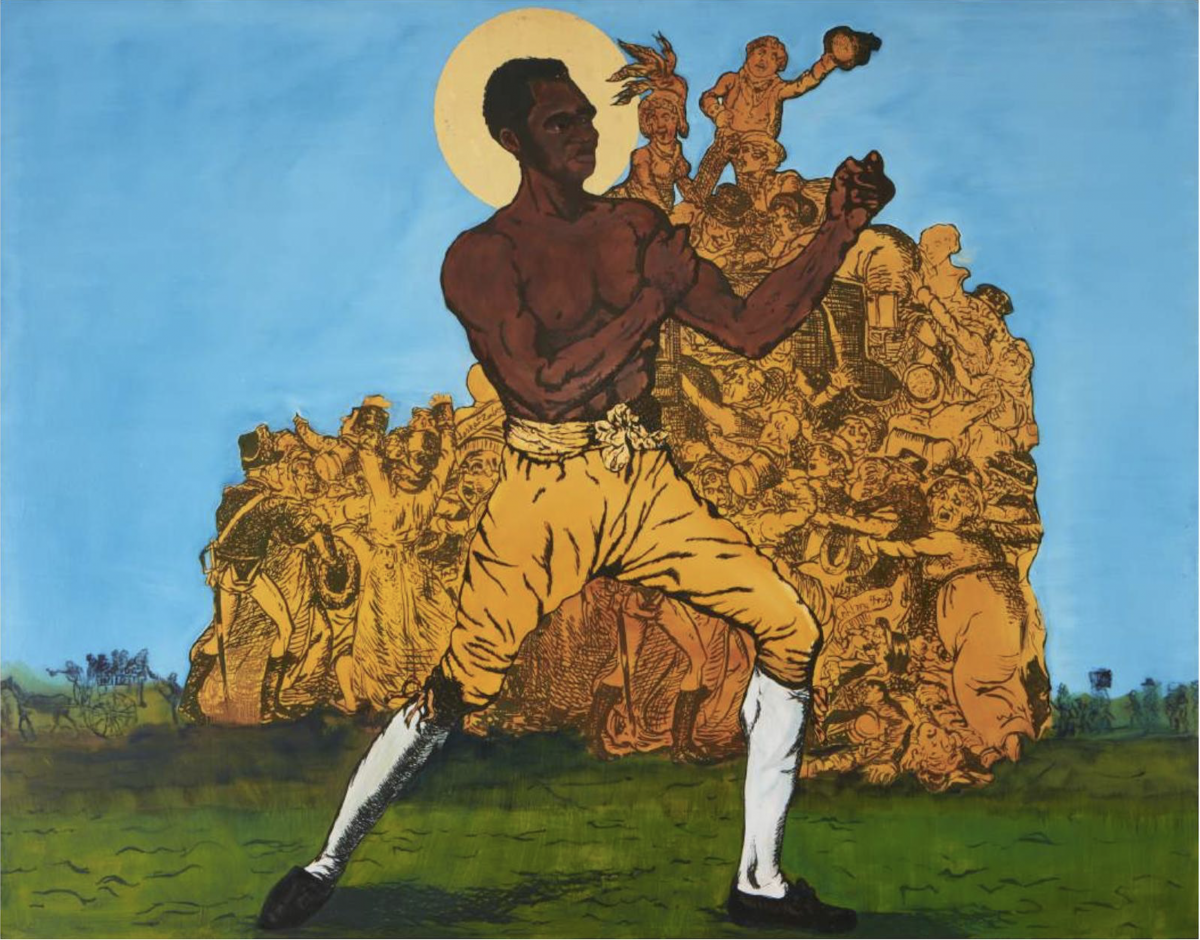 Godfried Donkor was born in Ghana and currently lives and works in London. Donkor is concerned with historical, sociological issues, and the shared history of the peoples of Africa and Europe. He reflects on the commercialisation of people in all its facets, a complexity of themes that runs like a red thread through his individual work cycles.

Godfried Donkor frequently uses newspaper pages (such as the stock market figures from the Financial Times) as a background for his collages. On these sheets with their rows and column of numbers his “People of Utopia”, who are often depicted as saints, occupy a central position. Mostly, the depicted figures are shown arising from cross-sections of old sailing ships, a metaphor for the transportation of slaves from West Africa to the New World.

Whether a boxer, a football player or a pin-up girl, they are all worth the same in human trade goods, starting from its most extreme form, slavery, to subtle variations in sport or in the entertainment industry.