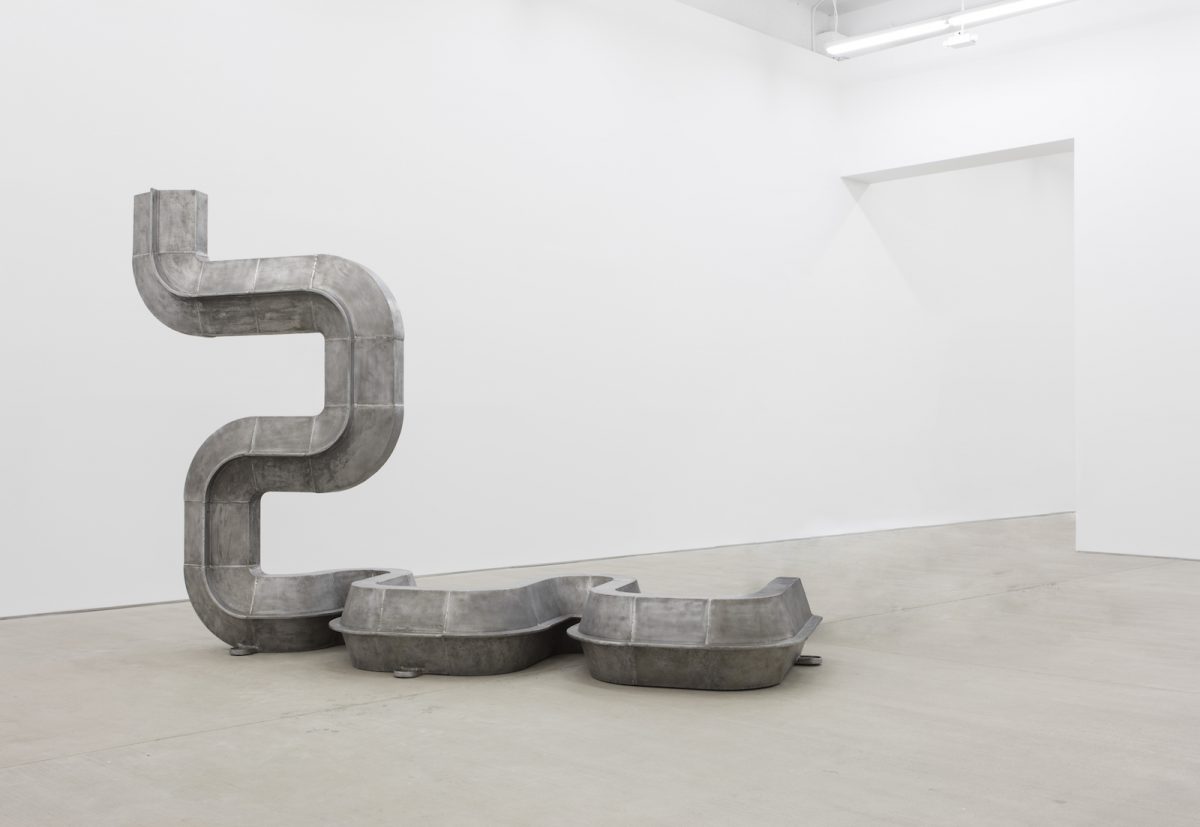 Eduardo Paolozzi was a Scottish artist and prominent influence on what became the Pop Art movement. He produced large-scale figurative sculptures, prints, and collages made from magazines and other found objects. “I like to make use of everything. I can’t bear to throw things away—a nice wine bottle, a nice box,” he once said. “Sometimes I feel like a wizard in Toytown, transforming a bunch of carrots into pomegranates.” Born on March 7, 1924 in Leith, United Kingdom to Italian immigrants, he was sent to Fascist summer camps in Mussolini-era Italy as a boy. He was interned by the British government when Italy became involved in World War II, an experience which had a lasting impact on Paolozzi. He went on to study at University College’s Slade School of Fine Art in London from 1944 to 1947. Moving to Paris that same year, he came into contact with many prominent Surrealists and Cubists, including Georges Braque, Fernand Leger and Jean Arp. Returning to London in 1949, he became friends with Lucian Freud and Francis Bacon while teaching at the Central School of Art and Design. Over the following decades, Paolozzi enjoyed widespread success, including being knighted by Queen Elizabeth II in 1989, and numerous public art commissions. He died on April 22, 2005 in London, United Kingdom. Today, the artist’s works are held in the collections of the National Galleries of Scotland in Edinburgh, The Museum of Modern Art in New York, and the Tate Gallery in London, among others.

Suwasa is one of the most important of Paolozzi’s pioneering Modernist sculptures from the early 1960s when he developed a new way of creating his sculpture by collaborating with industrial engineering firms and eventually using aluminium, fitting with Paolozzi’s interest in finding a new language for sculpture, influenced by his love of the aesthetics of the machine age. Along with two other sculptures, Suwasa was famously exhibited in the Economist Plaza in the late 1960’s and returned to the same space in a reprise of the 1960’s display in 2015.

The public Paolozzi that should stay; especially after the saga at Tottenham Court Road, Elly Thomas, Apollo Magazine, 7 May 2015: https://www.apollo-magazine.com/public-paolozzi-stay-especially-saga-tottenham-court-road/